The Fine Art of Not Doing Very Much

April 02, 2019
When it comes to gardening, I seem to have perfected the art of time travel. I go outside and into the Tardis. 2 hours later I come back out having not accomplished very much. If my gardening life was a movie it would be Dr Who Does Groundhog Day. I go out, I battle roots, hit myself in the face with various types of shrubbery, break garden tools and generally wreak havoc instead of progress.
Take yesterday for example. Or the day before, or last Tuesday, really doesn’t matter. 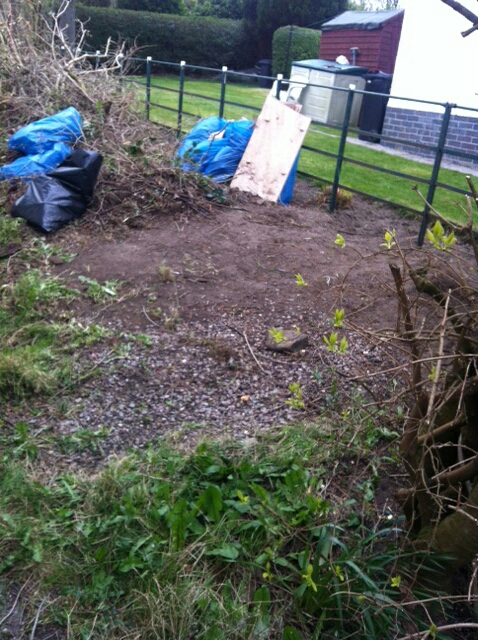 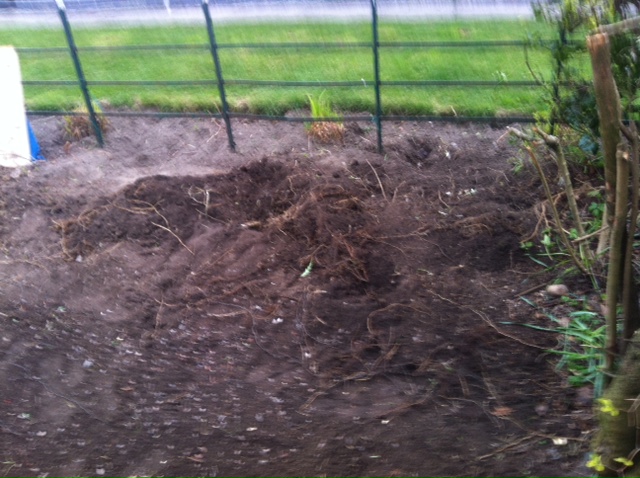 The only difference was the addition of music to yesterday’s repertoire. Turns out headphones and spades don’t mix. And the lack of progress may also correlate to the number of dancing breaks…
The intention was to clear the area of ground for the storage and compost heap. What actually happened was:
Irrational dislike to ivy plant and a half an hour battle to remove said ivy plant. Metallica didn’t help but it was finally vanquished with the assistance of Powerwolf.
Said hello to the beetle I saw the day before. They really don’t go very far beetles.
Pulled up a root.
Pulled up another root.
Said hello to beetle again.
Accidentally smacked beetle with fork. Felt guilty.
Pulled up more roots.
Got entangled with tree branch that accidentally grew underground instead of over it.
Got irrationally annoyed at the following: dandelion roots, clumps of grass, gravel and my own wrists.
Bent the tines of my fork. It was £5.99 for a reason.
Wished I was better at physics and would therefore know the fulcrum and leverage for optimal root removal. See also, broken fork.
Danced to La Bicicleta. I defy anyone not to dance to this song.
Had some conversations with my imaginary friends. Imaginary friends agreed that gardening is frustrating.
Picked arbitrary stopping point so as to avert carpal tunnel.


After all this, I was pleasantly tired and enjoyed an evening on the couch, typing away. I still have no compost heap.

March 19, 2019
I have nobody to blame but myself. Some time in the last two or three years I have become The Neighbour From Hell, the Steptoe of the Street, the Chief Procrastinator of Hoarderville. Of course there are reasons, there always are. Too much work, too noisy a brain… The usual. It was always somewhat unkempt around the edges but a perfectly functional garden nonetheless. If I’m honest I never actually ate any of those vegetables, this was more gardening for experimental purposes. Yes I know that is a terrible waste. See picture number one for evidence as to the type of person I currently am. I’m fairly sure I look a bit like it in person as well. My garden and I have a complicated relationship. I know what I want it to do, in theory, and in reality I do nothing. I have enough land to produce food for myself and enough time (again, in theory less than reality) to turn my garden into something functional and pretty. Which is what I want. I think. My brain sometimes can’t hear itself
Post a comment
Read more